One of the most important aspects that foreign investors focus on when considering Ukraine as a place for doing business, despite the economic situation in the country, is taxation. It is the amount of tax payments, as well as the tax administration complexity, that can greatly affect the country’s investment attractiveness. The most significant taxes to be taken into consideration by potential investors in Ukraine are corporate income tax, value-added tax, single social contribution, and property tax.

It should be noted that in addition to the general tax system providing for the payment of all taxes and duties established by law, businesses in Ukraine can also benefit from the simplified tax system in Ukraine intended to facilitate the development of small and medium-sized enterprises, since it significantly simplifies the procedure for paying taxes and declaring income.

An individual or a legal entity, including non-residents, may choose to benefit from the simplified tax system if they meet the criteria established by law. For instance, the third group of the simplified tax system, which is the most popular among legal entities, may be used if the annual turnover of such a legal entity does not exceed 1,167 minimum wages fixed by law on 1 January of the tax (reporting) year (about UAH 7 million, an equivalent to about EUR 210,000) per year. If this basic requirement is fulfilled, the respective business entity may use a flat rate of 5% of income if the value-added tax is included in the single tax or a flat rate of 3% of income if the business entity is a value-added tax payer. Paying a single tax makes it much easier to declare and administer income, which often attracts business in its early stages.

Thus, single tax payers are exempt from the obligation to charge, pay and file the respective tax reports regarding taxes and duties such as corporate income tax, value-added tax, property tax, and partially subsoil use tax. Let’s review the conditions of income tax payment in detail. 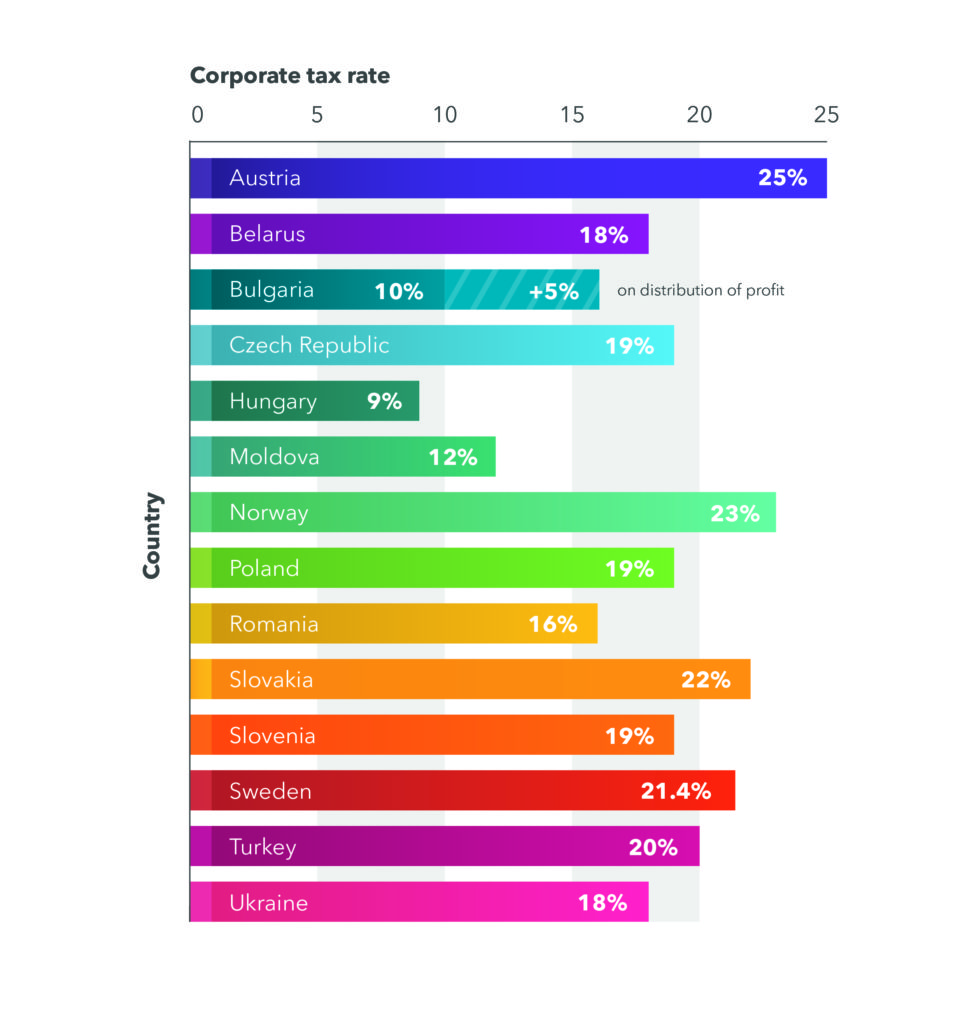 The CIT base is the income derived from Ukrainian and foreign sources of origin. The amount of income is determined by adjustment (increase or decrease) of financial result before tax (profit or loss) defined in the enterprise’s financial statements in accordance with the Ukrainian accounting standards or IFRS, on the differences arising under the provisions of the Tax Code of Ukraine.

For a more extensive overview of the tax system in Ukraine, please check our brochure below: